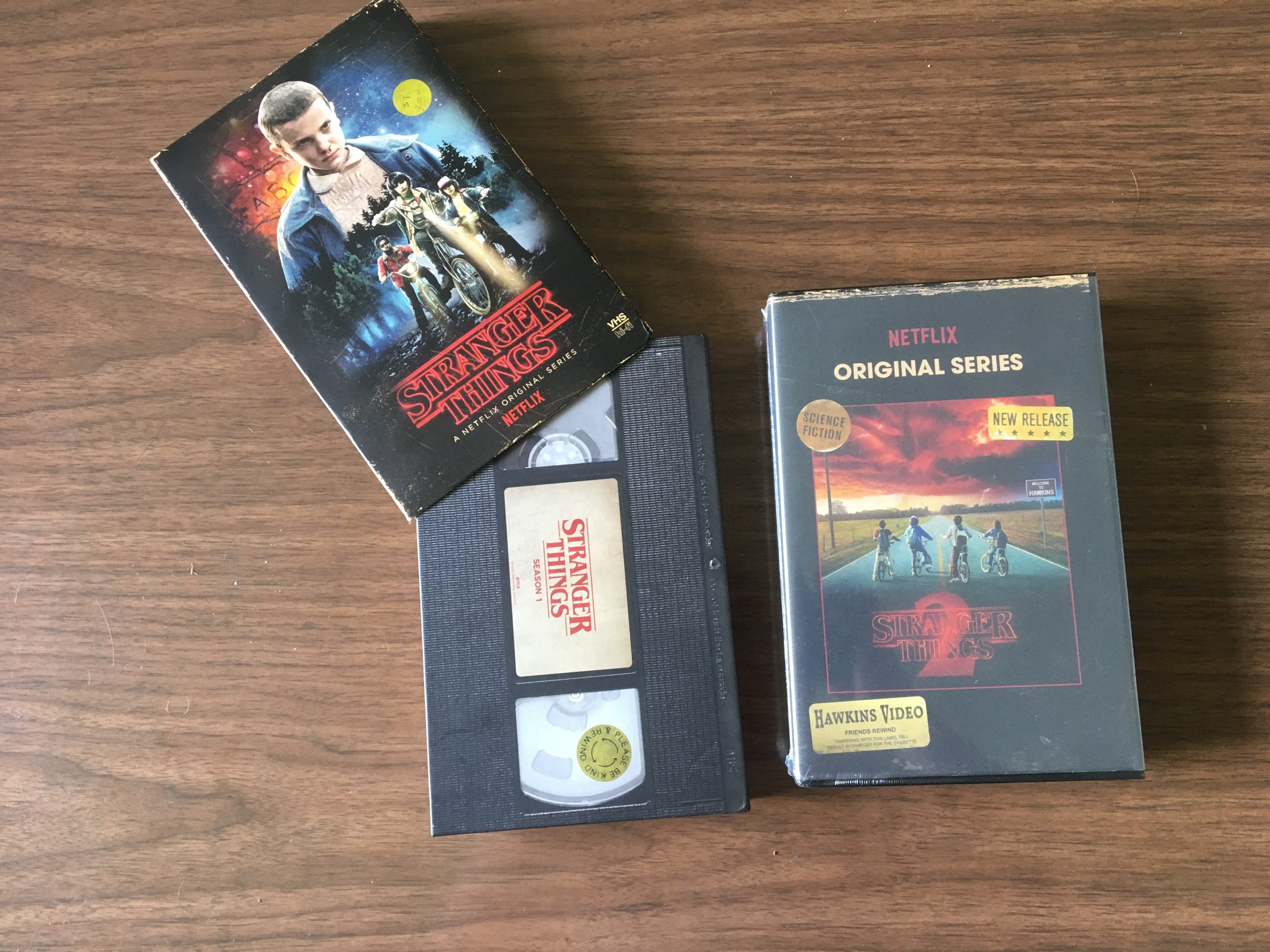 I do not have Netflix, I have Hulu, and I do not have HBO, so it is difficult for me to keep up on popular shows. Like Game of Thrones, I was late to jump on the bandwagon for Stranger Things. Recently I purchased seasons one and two on DVD/Blu-Ray. Season one designed to look like a VHS tape, which was the media used for movies back then. VHS players were also very expensive. I have watched the first four episodes of season one, as of this posting.

Stranger Things takes place in a small town in Indiana. This had appeal to me, because I grew up in a small town in Wisconsin. Midwestern small towns are not all that different. The main protagonists are geeks whom play Dungeons and Dragons. This made them instantly identifiable to me, since I played Dungeons and Dragons when I was the age of the protagonists. Though I was the age of Nancy Wheeler, the older sister in 1983, the year the series starts, and was more like Jonathan Byers.

What struck me most so far was how much the show draws on horror tropes which were prevalent in 1980s movies. The opening scene of the first episode reminded me of the movie Alien. Even the scene when Will Byers disappears, reminded me of standard horror trope. The protagonist flees from an unseen monster, arms themselves hastily, expects the antagonist to attack from the front, and yet, somehow, the villain comes from behind.

A lot of the tropes from eighties horror movies were layered into the show. At first I thought it was due to uncreative writing, which was turning me off somewhat. Then I realized, it was writing genius, intentionally done stylistically to give that feel. The show takes place in the eighties, why not give it the same feel most horror and science fiction movies from the time period had?

So far, having watched the first four episodes, I am enjoying the show. Many of the characters are solidly acted. Joyce Byers, portrayed by Winona Ryder, loved her in Heathers, is a frantic mother trying to communicate with her son, whom she knows is not dead, but not on Earth. Winona was a staple in eighties movies, and had a good run, before falling off the radar. If you like to see what eighties movies were like, and some of the tropes used, I recommend streaming some of the horror stuff. If you like some dark comedy, watch Heathers.