In my previous post, I wrote about the first two episodes of Game of Thrones, and made predictions about how the Battle of Winterfell would play out. I gave either/or pairings of the main character, and odds of dying. Even predicted odds of some of the secondary characters that people were familiar with. I am humble, and I suck to some extent, but the season is only half over. The writers for Game of Thrones chose not to extend the battle against the Night King over two episodes, but chose to have an extra long episode, 82 minutes, to tell the tale. 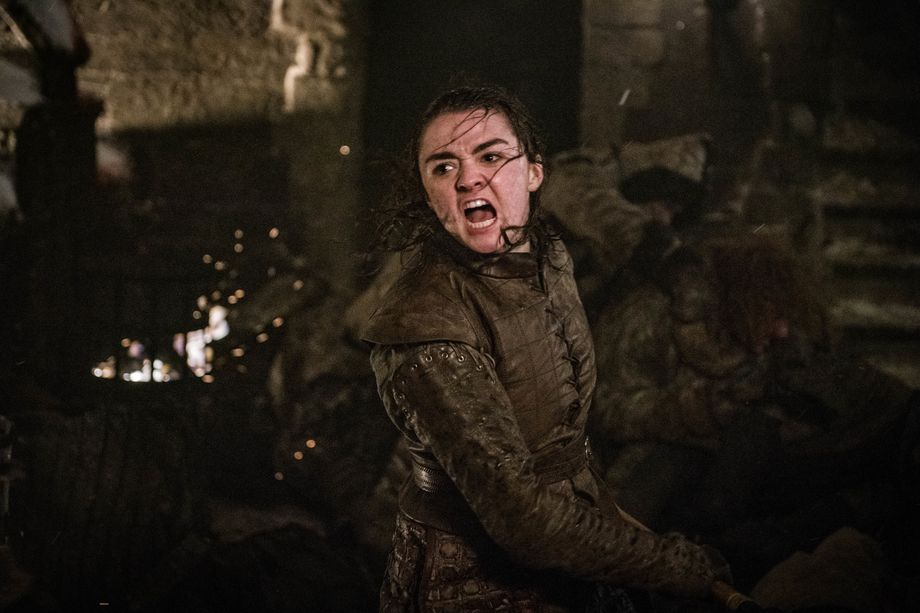 Based on everything I have read, it seems too anti-climactic. The Night King was the big super magical all powerful being whom loomed over the entire story of the show. Arya slew the Night King with a dagger, and that was that. Seems too God from a Machine, but logical to some extent. The Night King created all the wrights and other White Walkers, and if the Night King was destroyed, all his creations were destroyed.

Now instead of splitting the final six episodes into three distinct acts, the writers have chosen, major battle, reflection, and major battle, with wrap up approach. If the writers had taken the three distinct acts approach, all the Dothraki and Unsullied whom died would still be a distinct disadvantage for the heroes to take the throne from Cersi, but another dragon dying… Danny still has two dragons, which gives a very solid advantage to her. Even though Cersi might have numbers, 20,000 fried mercenaries aren’t going to be advantageous. The fourth episode will have some surprises, but the fifth episode will be the battle for the throne. The final episode will be how Westros settles under Danny’s rule. If Danny does rule?

Whom died? Not any major characters, just some secondary and tertiary characters. Even then, it was sparse.

Melisandre shows up, ignites the Dothraki swords, and ends of dead. Sort of committing suicide when she takes off her amulet, and just dies.

Jorah Mormont dies defending Daenerys. I predicted this, and his odds were high that he would die.

Lyanna Mormont, well she was only a small part. Died killing a zombie ice giant.

Lord Beric Dondarrion, well, he was going to go at some point. From what I read, I am surprised it was not the Hound. There is still plenty of time for the Hound to die defending Arya. Too many people think he is going to live and possibly marry Sansa. Seriously? If he does make it to the end, Sansa might realize the Hound was the only guy who treated her right, and respected her. Maybe.

Game of Thrones has had its ups and downs. Unfortunately fan favorites tend to die in surprising fashion. Though, it seems like the bad guys eventually get what they deserve. If you think about it, good guys do die, but they are only minor to some extent. Even Ned Stark, Katheryn Stark, and Robb Stark, though fan favorites, and considered major good guys were only minor players in the overall Game of Thrones arc.

Looking back, Sansa & Arya were removed form Winterfell, then took two different journey’s home. It stands to logic that the two sisters were intended to live out the entire show. Danny was returning home to Westros, though she does not remember any of it. Jon Snow was removed from Winterfell, only to return.

Jamie, Tyrion, and the Hound were reprehensible to some extent, and now are serving a greater purpose. So, more than likely they will survive.